We have a 3D Printer in the Library!

Learn about multi-dimensional design, experimental thinking, and most importantly how to tackle real world problems in a new way. 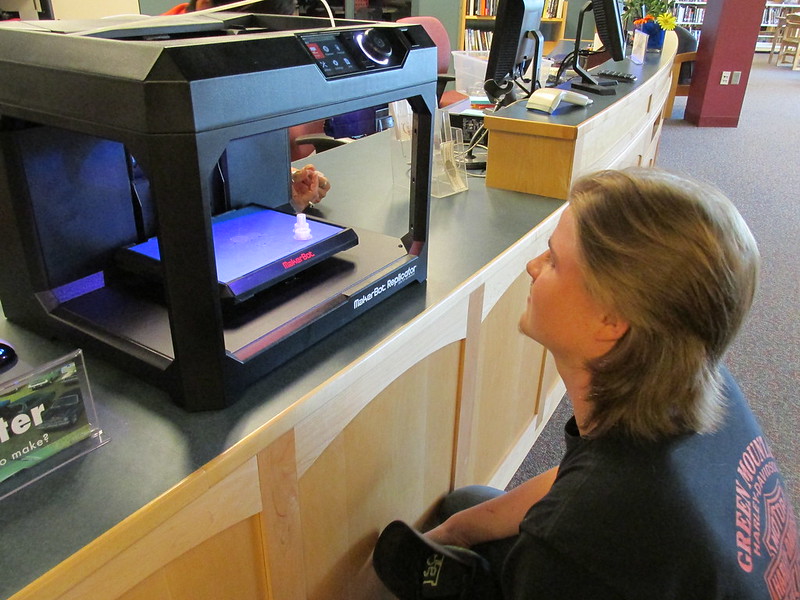 How to Submit a File

Email completed files to SRHSLibrary@icloud.com for printing.
Please include a message describing the finished project and its use.

When submitting a model to our 3D Printer queue, it must be in one of these file types.

An STL is a widely-used type of 3D model file. It consists of surfaces made up of triangles. Each triangle has an inner side and an outer side. The outer side is called the “normal.” In a well-formed STL, all the normals face outward and the surface is continuous, with no holes. When a model meets these standards, it is referred to as “manifold.” STLs with normals that face inwards (inverted normals) may be printable, but manifold models are typically considered mandatory for 3D printing.

STLs are compatible with many different 3D modeling programs and have become the standard file type for 3D printable models. SolidWorks®, Rhinoceros®, and most Autodesk® programs will export STL files, and there are free plugins available that will allow you to export STLs from SketchUp®.

An OBJ is another type of 3D model file. It is also used by a number of 3D modeling programs, but is used for 3D printing less often than STL. Unlike STLs, where every facet of your 3D model is a triangle, an OBJ can contain both triangles and other polygons. Rhinoceros and some Autodesk programs will export OBJ files, but other programs, including SketchUp and SolidWorks, will require a plugin to export as OBJ.

Design Your Own Models